“EZ Docks don’t sit on water, they become a part of it.”

Many people are leery of floating dock systems because of the perceived issue of instability; the reason for this lies in the design of traditional floating docks. Most – if not all floating docks – utilize a design in which docks simply float on top of the water. This type of design makes it incredibly difficult to maintain stability as the dock itself – no matter how well it’s anchored – is at the mercy of the water’s movement. 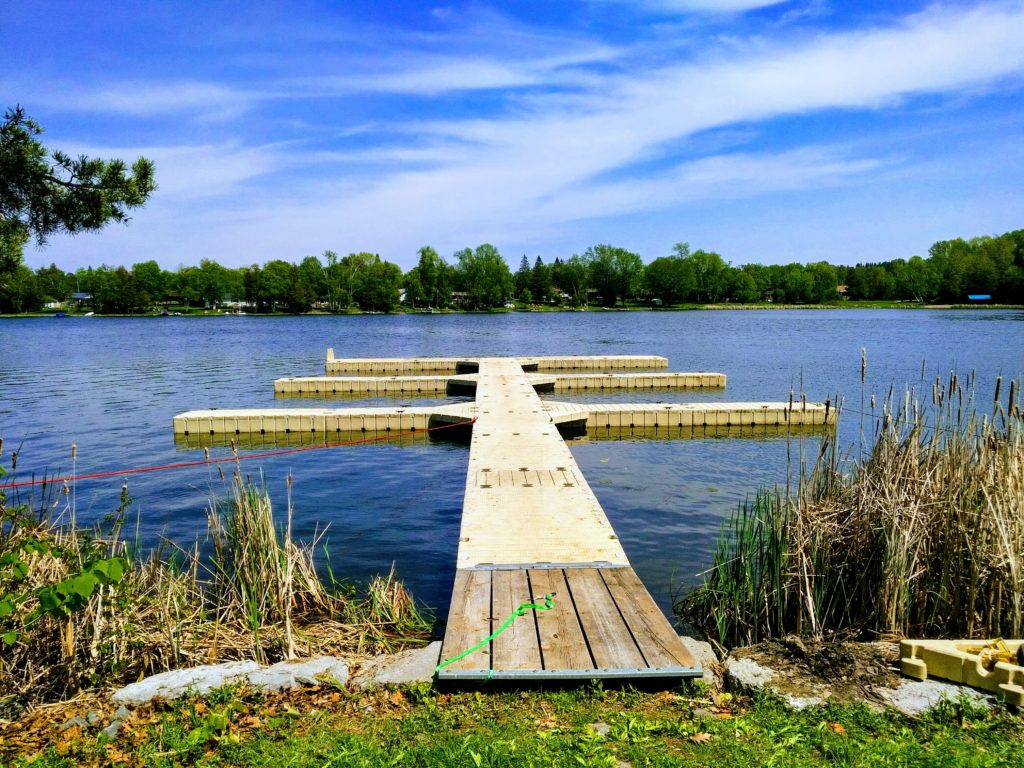 The engineers at EZ Dock tackled the challenge of stability by utilizing a scientific principle of physics – namely – the concept of ‘Hydrostatic Surface Tension’. Unlike traditional floating dock systems, EZ Docks were designed with the intention of ‘secure floatation’. This refers to creating a seal between the dock and the water surface (Hydrostatic Tension). The engineers accomplished this by designing a series of individual cut-out chambers that trap air in the space between the underside of the dock and the surface of the water, creating a powerful suction force.

How Does an EZ Dock Use ‘Hydrostatic Surface Tension’ to Increase Stability?

EZ Docks’ successful use of Hydrostatic Tension can be simply demonstrated by launching a dock section into the water and then attempt to lift the dock; what you’ll notice is the dock feels several times heavier in the water than it did on land. Obviously, the dock has not accumulated more weight upon its entry into the water, what you’re actually feeling is the effect of Hydrostatic Tension (Suction). When you attempt to lift the EZ Dock and break the suction you are witnessing the key design element to its superior stability.

The suction created by an EZ Docks’ design works to keep every inch of the dock secured to the water while simultaneously muffling water chop. These two aspects of an EZ Docks’ stance in the water work together to keep the topside extremely stable. Many floating docks are unable to maintain a seal with the water, which means any upheaval in conditions can separate the dock from the water – making it rock, sway, and feel very unstable as a result.

No matter how intense the conditions of a body of water, the seal between an EZ Dock and the water will remain intact, making it the only floating dock capable of becoming an extension of the water rather than tipping and rocking at its mercy.